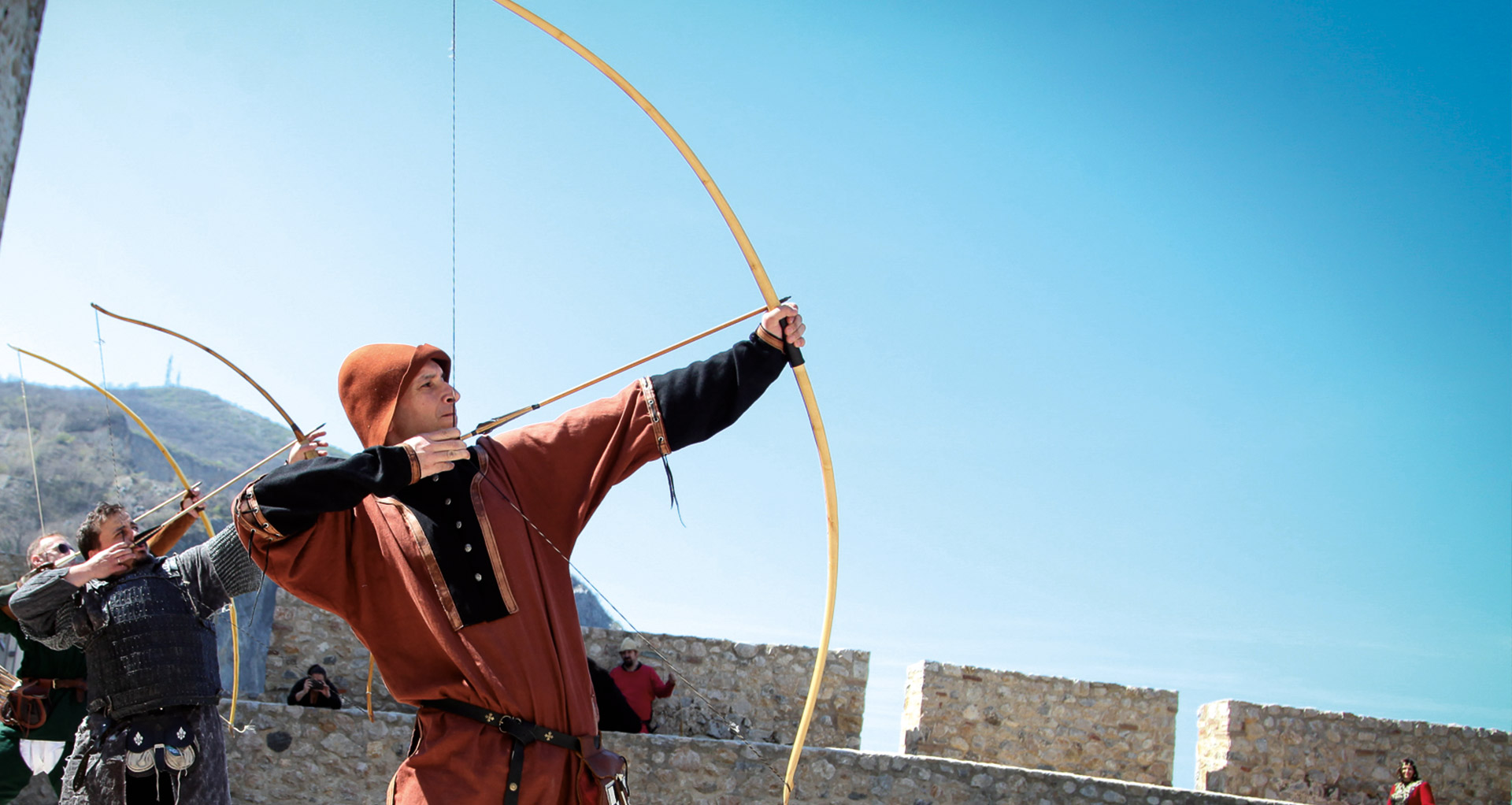 ARCHITECTURE OF THE FORTRESS 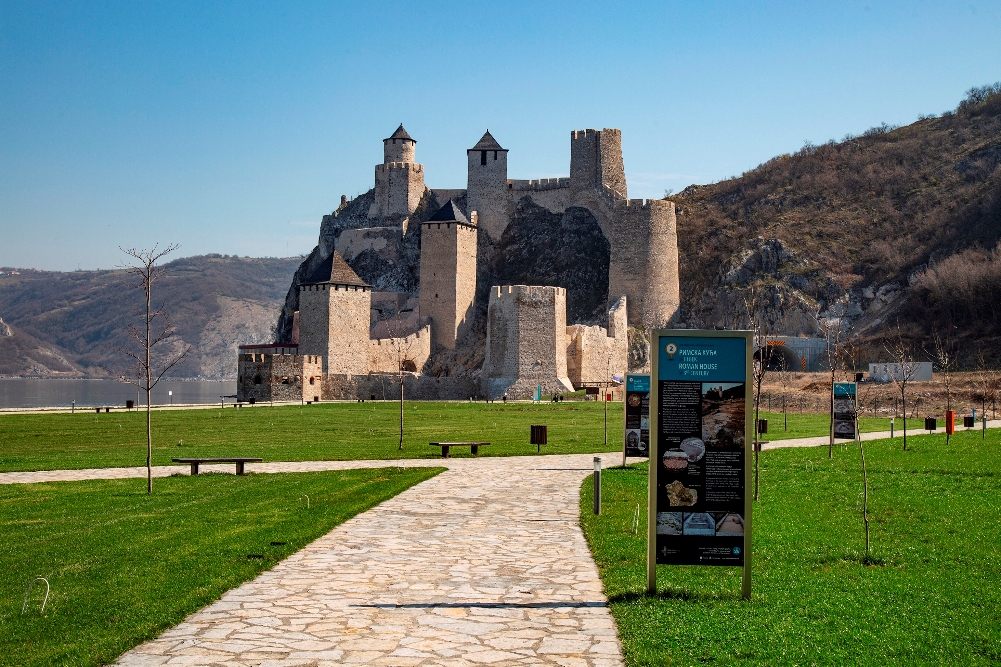 The base of Golubac Fortress is adapted to the configuration of the terrain. It comprises the Palace and 9 towers connected by ramparts.

Given its architecture and the time of construction, it is apparent that the fortification is divided into two main parts: the Inner Fort, with the tallest Donjon or defence tower, better known as the Hat Tower, and the Outer Fort, which was the first to come under attack of the enemies. The Inner Fort, or more precisely its Upper Compound, was the first to be constructed, whereas the Palace with its defensive tower as well as the system of towers and ramparts in the Outer Fort were built in later stages, most likely during the reign of despot Stefan Lazarevic.

The entrance to the Fortress was located on the west side, through the Main Gate and via a wooden bridge leading across a moat filled with water. The Fortress was originally constructed in the cold weapons era, however during their rule the Ottomans erected a Cannon tower to defend the harbour and added battlements to the Outer Fort towers. The battlements served as reinforcements against cannon fire, as the introduction of firearms in the 15th century necessitated adjustment of the architecture to the new form of warfare.