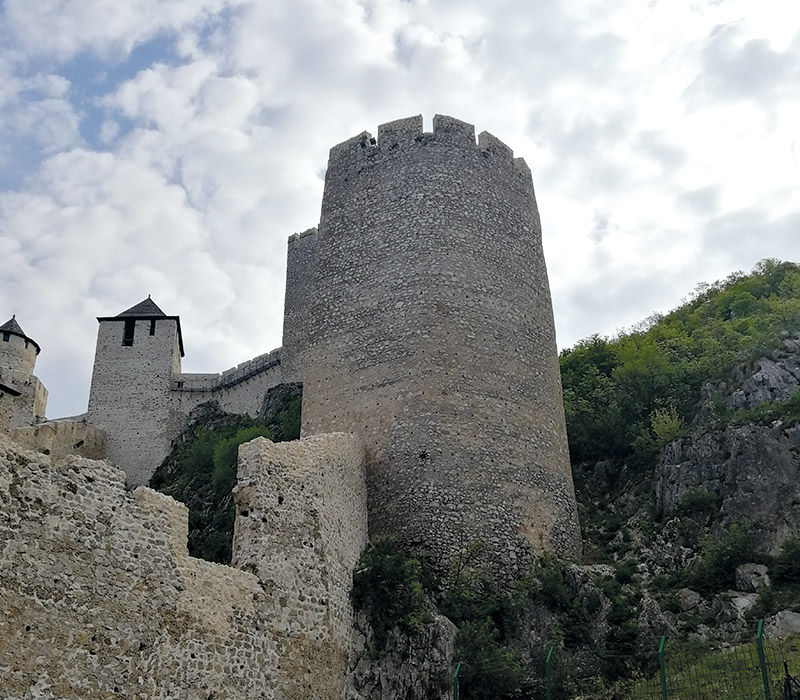 The tower with Christian inscriptions etched in stone

Tower 7 architecturally belongs to the Upper Compound of the Outer Fort, built at a later date. It is square based, originating from the third phase of construction and reign of despot Stefan Lazarevic. During the Ottoman rule, at the time of intensified use of firearms, it was reinforced with battlements, as were the other towers in the Outer Fort, and adjusted to the new form of warfare.

Being open in most of its height, tower 7 served for defensive purposes. The function of subsequently walled-up lower storeys remains unknown at this time. This is where the excavations have uncovered two built-in stones with engraved crosses and inscriptions in Serbian Slavic. Further examination of the inscriptions should ascertain whether the lower storey of the tower may have served as a dungeon at some point.