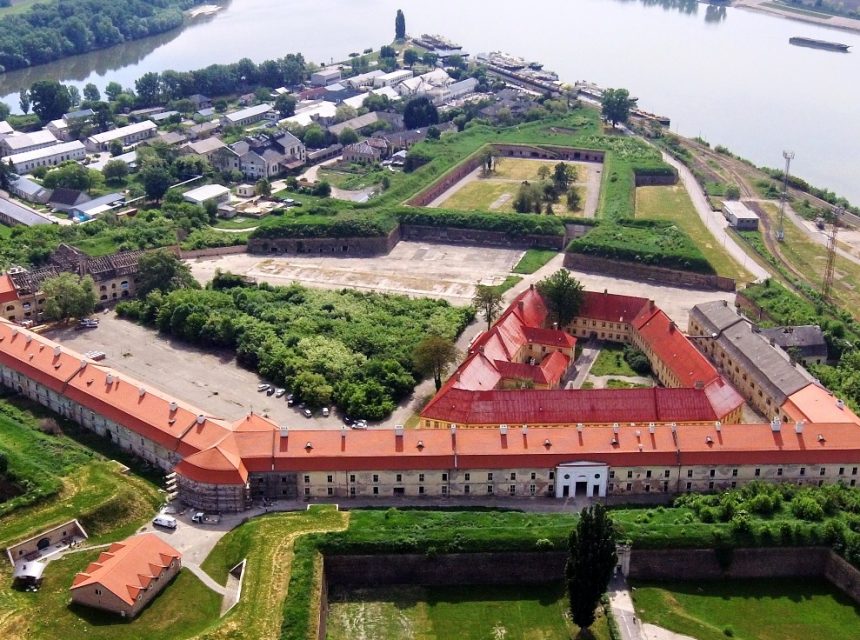 During this summer, the Castles and Regions international project, which was implemented with the support of the #International Visegrad Fund, was completed. Beside Golubac Fortress Ltd, project partners were the Hungarian National Museum, the Association of Hungarian Settlements’ and Regions’ Developers, the Pro Castello Comaromiensi from Slovakia and the Sandomierz Castle Museum from Poland. The aim of the project was to develop ideas that how can castles and fortresses, which were once of outstanding importance, regain their former central role in the 21st century and fulfill an indispensable function in the life of their settlement and the region.

Despite the fact that Golubac Fortress is unconquerable , on Sunday, August 21st, the most attractive and highest part of the fortification, the Hat Tower, was conquered by a thunderbolt with its powerful blow. 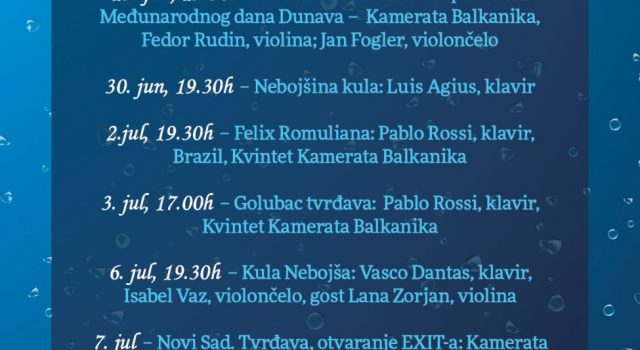 SIGNING OF THE EU MEMORANDUM

On Monday, June 20th, the signing of the EU Memorandum of Understanding with Golubac, Smederevo, Veliko Gradiste, Majdanpek, Kladovo, Negotin and Zajecar was held at the Golubac Fortress, thus confirming cooperation in projects aimed at tourism development in the mentioned cities and municipalities.

The signing was attended by the Ambassador of the European Union Emanuele Ziofre, the Minister for EU Integration Jadranka Joksimovic and the Assistant Minister of Tourism Jelena Milenković-Orlić.

VISIT OF THE COLLEAGUES OF THE TOURIST ORGANIZATION OF UŽICE 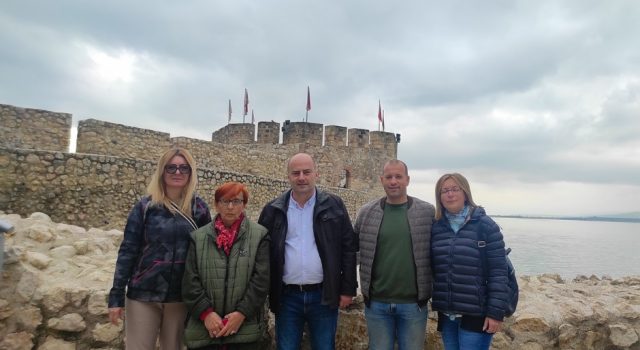 With the visit of the members of the Tourist Organization of Uzice, cooperation was established between the Golubac Fortress and the city of Uzice, which will mutually improve the tourist offer of these localities.

Despite the rain and gloomy weather, the Golubac Fortress welcomed the largest and one of the most luxurious international river cruisers sailing on European rivers.

It is an AmaMagna ship from AmaWaterways company.

Tourists enjoyed the conquest of the Fortress, and the rain did not prevent them from doing so.

VISIT OF THE MINISTER OF CONSTRUCTION, TRANSPORT AND INFRASTRUCTURE TO THE GOLUBAC FORTRESS 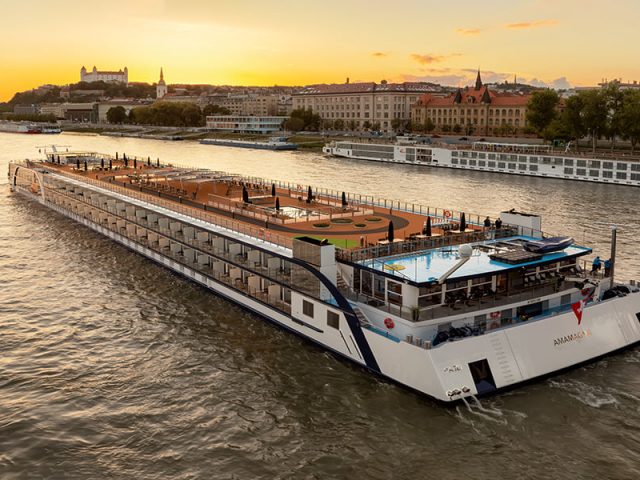 On Thursday, April 7th 2022. the Golubac Fortress will have the honor of welcoming the biggest and one of the most luxurious international river cruisers sailing on European rivers at its pier.

It is an AmaMagna ship from AmaWaterways company.

Golubac Fortress will have the honor of hosting “hunters” on the most inaccessible medieval walls!

Go for the conquest too!
More information: https://www.redbull.com/

A CONCERT IN HONOR OF THE FAMOUS GREEK COMPOSER MIKIS THEODORAKIS

A fantastic evening remained behind the walls of the Golubac Fortress.
On Sunday, November 14, 2021, a concert in honor of the famous Greek composer Mikis Theodorakis was held in the palace of the Golubac Fortress.
The concert was enlarged by the Symphony Orchestra “Mikis Teodorakis”
Συμφωνική Ορχήστρα Μίκης Θεοδωράκης / Mikis Theodorakis Symphony Orchestra and the Municipal Choir of Corfu “San Giacomo” , as well as our drama artist Biljana Đurović.
The concert was also attended by the President of the Corfu City Assembly, Mr. Dimitris Metalinos.

CONCERT IN THE PALACE OF THE GOLUBAC FORTRESS

The famous Greek composer Mikis Theodorakis sang for Serbia in 1999, he fired NATO missiles with his strongest weapon – a song, and now, on the occasion of his recent death, we are singing for him among the walls of the Golubac Fortress.A concert will be held in the palace of the Golubac Fortress as part of a proven friend of the Serbian people, the symphony orchestra of Mikis Teodorakis, accompanied by the choir of the municipality of Corfu and soloists from Athens.

We invite you to enjoy Theodorakis’ songs together on November 14th at 4 pm.

On Sunday, November 7, 2021, the Golubac Fortress was visited by members of the Government of the Republic of Serbia with guests from the USA, Dr. Brooke Hansen and Dr. TH Culhane.

WORKSHOP WITHIN THE PROJECT “CASTLES AND REGIONS”

On Tuesday, October 19th, 2021., in the Palace of the Golubac Fortress, an international workshop was held within the project “Castles and Regions”.

We thank all the participants!

The Golubac Fortress Ltd, as partner of the “Castles and Regions” project, supported by the Visegrad Fund, has concluded bilateral cooperation agreement with the lead partner of the project, the Hungarian National Museum following consultations in the recent months. Other partners of the project are…

On Thursday, November 4, 2021, the Golubac Fortress was visited by the Vice President of the Polish Parliament, Malgorzata Gosjewska, and the Ambassador of Poland in Serbia, Rafal Perl.
On this occasion, flowers were laid on a memorial plaque dedicated to Zawisza Crni, a great Polish hero who lost his life in the greatest battle for the Golubac Fortress.

THE GOLUBAC FORTRESS WAS VISITED BY THE AMBASSADOR OF PORTUGAL IN SERBIA, MARIA VIRGINIA MENDES DA SILVA PINA 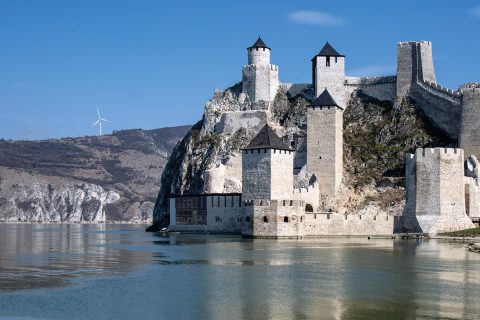 The Minister of Trade, Tourism and Telecommunications, Tatjana Matić, announced that the relevant Ministry of Tourism, in cooperation with over 80 cultural and tourist attractions throughout Serbia, is marking the World Tourism Day. On the occasion of the celebration of this date, more than 80 cultural and tourist attractions will open their doors to the citizens free of charge on Monday, September 27 and Tuesday, September 28, 2021.

Fortress Golubacki grad doo supports this action of the Ministry of Tourism and opens its gates and access to the Green Zone for free on September 28, 2021 for all visitors (individual visits). The working hours of the Complex are from 10:00 to 17:00.

“MARKO KRALJEVIĆ AMONG THE FORTRESS FAIRIES”

A MAGICAL EVENING IN FRONT OF THE GOLUBAC FORTRESS

Another wonderful evening is behind us.

On Saturday, August 7, in the Golubac Fortress, a bust of “Marko Kraljević” by our sculptor Velimir Karavelić was unveiled, along with the stage program “Marko Kraljević among the fortress fairies “.

Students of the Faculty of Contemporary Art.