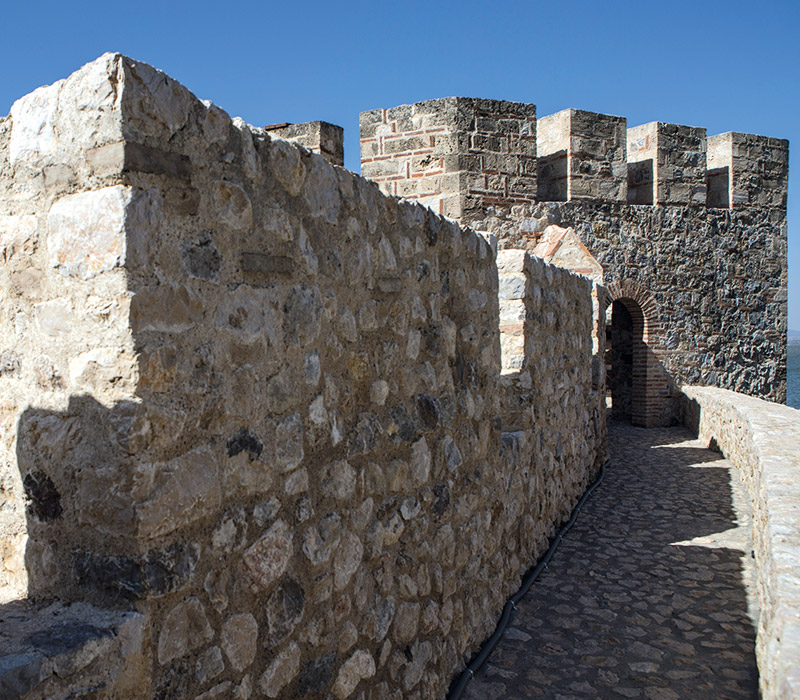 The tower from which cannons roared

Tower 9 or Cannon Tower belongs to the Lower Compound of the Outer Fort, and was added to the fortification at a later date as a part of its inshore belt. It was built during the Ottoman rule, at the time of intensifying use of firearms, which is attested by boards with inscriptions in Ottoman Turkish and the distinctive polygonal shape of the tower itself. It represents one of the final (fourth stage, late 15th century) stages of construction at the Fortress.

Distinguished by cannon embrasures on two storeys, it was mainly used to guard the harbour, which the writer Broquière described as being equipped with about one hundred chaikas.